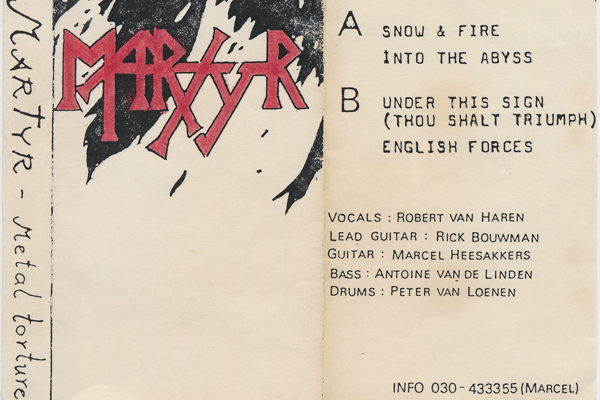 In the early 80’s the New Wave of Dutch Heavy Metal (NWODHM) entered the music scene. And almost every week there was something happening in your local club or youth centre. One of these ground-breaking Dutch bands was MARTYR, young and upcoming band from Utrecht. Until today the band is still going strong with extensive tours through Europe and Japan. This year (2022) the band celebrates its 40th anniversary, this page is a tribute to their impressive career.

Founded in October 1982 by a bunch of rascals, with the aim of creating a British/American sound that was totally different from what could be heard in the Dutch scene at that time. Six months after its foundation, the band recorded their first demo "if it's too loud, you're too old". During the recording sessions of it, their former lead singer got suddenly replaced by Robert van Haren, who sat originally behind the recording console. With this unexpected change, Robert was immediately recruited on the spot as a new band member of Martyr. In retrospect, the band was not very satisfied with the result of the demo which was partly due to the minimal preparations and a freshly recruited lead singer who was just only in-there for one night. It was therefore decided to repeat this session 4 months later in a professional studio with a new and better repertoire. The “Metal Torture-Demo” saw the light of day and started to pay off little by little after its release. Received rave reviews national and international. And beside the local sales of it, this demo also found its way internationally through the export channels of Boudisque. In that time one of the largest record store/distributors in the Netherlands, specialized in worldwide import and export. The band stood out for its unique and characteristic sound, which certainly did not go unnoticed. As a result, their song “Snow & Fire” ended up on the compilation album “Dutch Steel” filled with Dutch Hard Rock and Heavy Metal bands, released by Roadrunner. On the 11th of March 1984, Martyr opened the ''Dutch Steel - Release Party” in Elckerlyc at Luttenberg. And this was not without merit, despite a bad mix in the hall the band left a good impression behind. Also, that evening their new drummer Elias Papadopoulos was introduced to the public. During this event, as an emerging magazine called “Zwaartekracht”, we made the first contact with one of the band members, lead guitarist Rick Bouwman. A few months later, Robert van Haren left the band due to a possible football career. The search for a new lead singer/frontman had begun. 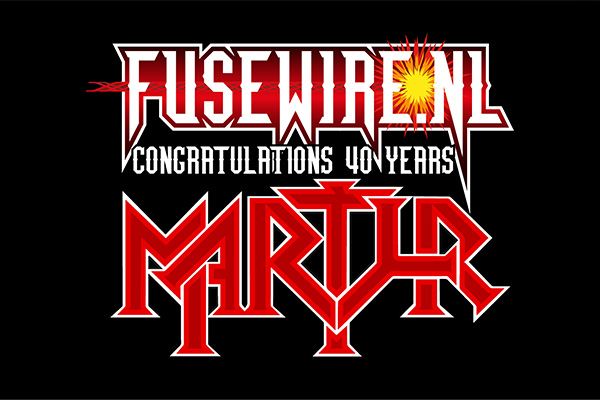