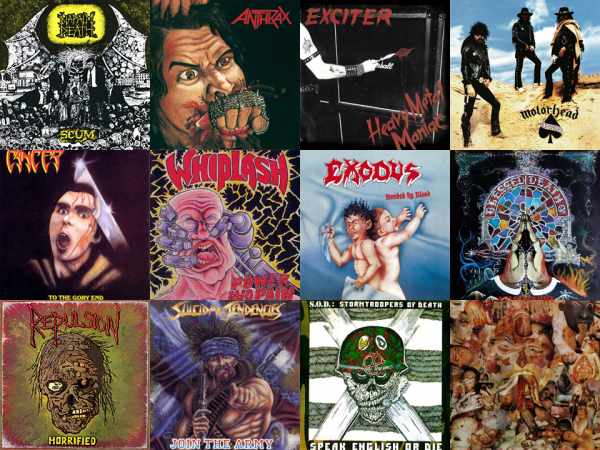 On the cover, off the sleeve

About artwork, illustrators and photography

Around '83 Metal started moving. In addition to oldies like Saxon and Priest, we listened a lot of hard rock, although the bands like Deep Purple and Rainbow and of course Sabbath were of course a bit old-fashioned in my eyes. It was clear that there was more interest in the faster metal. No sleep till Hammersmith was a monument and Black Metal from Venom was a raw piece of dark noise. With Kill ’em All, the bands suddenly no longer came from the UK, but American Thrash really went big. By reading a lot of interviews with those bands, it was sometimes hard to see how many bands had served as inspiration for the Thrash phenomenon. It turned out to be a small world where everybody knew each other and Thrash was especially HOT in the Netherlands! Small venues like Scum and the Dynamo became world famous! The Scorpions were in my eyes a bunch of old men and the flying Vs of Accept appealed to me more but would be played off my favorite list by Kreator(Tormentor) and Destruction within a few years. At that time, the decision was also made to follow professional training in graphic design.

I spent my time on: football, baseball, drumming and a lot of metal. Logos and covers have always been a part of this. It was then completely unclear to me how the record / music world was structured and time and again I was surprised by the bad artwork. Beautiful or ugly is of course subjective, but the lack of technology of some illustrators was incomprehensible. The airbrush phenomenon in particular was used too often. In the meantime there are a number of great designers behind bands, but in the early years that was usually the nephew of the record boss who had obtained his drawing diploma because the teacher had to get rid of him. The first Anthrax was a great album, the double bass from Benante is epic but the cover really hurts your eyes. Tony Portaro really made a good album with Power & Pain and a world album with Ticket to Mayhem but oh, how ugly the cover of that first album is! That you choose a band name Cancer is loaded, but the artwork is so bad that you forget that those guys recorded quite a nice album. The successor with Ex-Death and lots of other band/projects James Murphy is just as dramatic in terms of artwork. Bonded by blood by Exodus has been released twice, but that album really deserved much better. Exodus is actually the number four of the Big Four and everyone except Scott Ian knows that. Carcass was also such a case, always dirty and faul covers until they made the great Heartwork Lp with H.R. Giger. Nowadays bands are all doing a lot better, but whether they earn anything from it is a second thing? I will regularly post an old blog or text about artwork, illustrators and photography here. Where I get inspired by myself and what I find beautiful and ugly. Many beautiful things are made, but also a lot of junk. Oh well, everyone is allowed to have their own bad taste;-).

Currently I have been working on artwork for Dutch Metal legends Martyr, Dutch thrash pioneers Usurper, The Flea Pit Project and Rages of Sin. I collaborate with Wayland Management, PT78 records and No Dust Records
Robert A. Lammerding,
This email address is being protected from spambots. You need JavaScript enabled to view it.
The MediaPlantation
Mediaplantation.nl 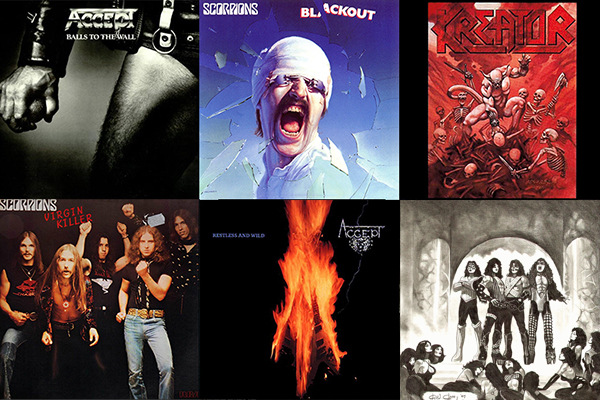 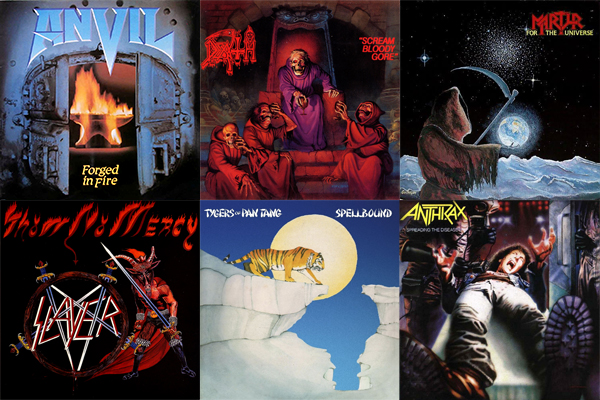